Loki is a trickster, shape shifting God of mischief. Although sometimes he assists the Æsir, on other occasions he behaves in a malicious manner towards them. He is quite a complex, multi layered God, even as regards his family and sexuality.

Loki is the Jötunn son of Fárbauti and Laufey, and has two brothers, Helblindi and Býleistr. By the Jötunn Angrboða, Loki is the father of Hel (who receives the dead in the realm of the same name), the wolf Fenrir (who is destined to kill Odin), and the World Serpent Jörmungandr. Thor is destined to kill Jörmungandr, but after being poisoned will walk nine paces and fall dead. Loki is married to the Goddess Sigyn, who later attends to Loki when he is put in bonds and they have two sons, Narfi and Nari. Narfi is also a shape shifter and as a wolf kills his own brother, Nari. As a sex changing shape shifter, Loki is the mother, by the stallion Svaðilfari to Odin’s eight-legged horse Sleipnir.

Loki's relationship with the Æsir comes to a head, following his role in the death of Baldr. Loki is bound by Váli and Skaði places a serpent above him while he is bound. As venom drips from above him, his wife Sigyn collects it into a bowl. Whilst Sigyn empties the bowl, venom drips onto Loki and along with his agonising pain, earthquakes erupt. During Ragnarök, Loki will slip free from his bonds and fight against the Æsir with the Jötnar. 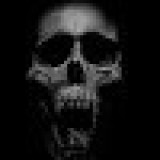 as a norse saga reader and mythology enthusiast brings much joy to read this here,let’s one know how they really know what their doing here